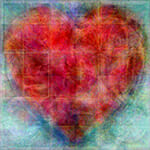 “Please receive THIS LETTER from the ELCA’s American Indian Alaska Native Association. As you are aware of the horrific discoveries of mass graves for indigenous children at Canadian Residential Schools. The United States also had boarding schools, some affiliated with Lutherans.

Additionally, from our friends at Faith Action Network:

The Interfaith Network for Indigenous Communities (INIC), an ad-hoc committee that FAN facilitates, has issued a statement in response to the tragic discoveries of mass graves at boarding schools in Canada. INIC was organized to mark the 30th anniversary of the Christian church leaders’ apology to Northwest tribes, and we have been meeting ever since to discern ways to carry out our commitments to indigenous communities.

Together we drafted this statement (also posted at www.fanwa.org/INIC), with pledges of action steps we all can take, especially if we are aligned with Christian faith communities, to uncover our faith traditions’ complicity with the cultural genocide experienced in boarding schools. We commit ourselves to the pledges in this statement in new ways, especially as Secretary of the Interior Deb Haaland moves forward her U.S. Federal Indian Boarding School Truth Initiative, and the National Congress of American Indians resolution builds on that.

We are asking you to consider signing on to this statement at our link: https://bit.ly/INICBoardingSchoolsStatement

As individuals who sign, we will keep you informed of the steps that will be taken along the way, both regionally and nationally, to carry out these commitments. As faith communities that sign, we will add your community to a list shared with the National Native American Boarding School Healing Coalition as part of our Pacific Northwest commitment.

We encourage you to take this statement and make it your own: Share it in your networks. Find ways your faith community can carry out the actions needed. Create your own statement and set of commitments based on your own faith tradition’s history. Follow with us Secretary Haaland’s initiative and other legislation still to be introduced. Please join with us and contribute to the conversation and action in the months ahead.”