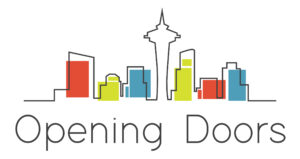 Our Redeemer’s continues “Circle of Connections” Zoom meetings and groups at usual times, plus a special in-person circle on Tuesdays at the church at 1pm.

First week of October: “Making a Way for the Spirit’s Dance”

Opening question: Have you ever been asked to do something that really surprised you?

As the Bible is read, listen for a word or phrase that strikes you as amazing.

In the sixth month the angel Gabriel was sent by God to a town in Galilee called Nazareth, to a virgin engaged to a man whose name was Joseph, of the house of David. The virgin’s name was Mary. And he came to her and said, “Greetings, favored one! The Lord is with you.” But she was much perplexed by his words and pondered what sort of greeting this might be. The angel said to her, “Do not be afraid, Mary, for you have found favor with God. And now, you will conceive in your womb and bear a son, and you will name him Jesus. He will be great, and he will be called the Son of the Most High, and the Lord God will give to him the throne of his ancestor David. He will reign over the house of Jacob forever, and of his kingdom there will be no end.” Mary said to the angel, “How can this be, since I am a virgin?” The angel said to her, “The Holy Spirit will come upon you, and the power of the Most High will overshadow you; therefore the child to be born will be holy; he will be called Son of God. And now your relative Elizabeth in her old age has also conceived a son; and this is the sixth month for her who was said to be barren. For nothing will be impossible with God.” Then Mary said, “Here am I, the servant of the Lord; let it be with me according to your word.” Then the angel departed from her.  *What word or phrase strikes you as amazing?

Read Luke 1: 26-38 once again, perhaps from a different translation of the Bible.

1.What word or phrase is difficult or makes you struggle?

2.What if Mary had said, “NO!” to the angel?  Did God have an alternate plan?

3. The angel said, “Do not be afraid.” If Mary was afraid, what did she fear?

Second Week of October: “Making a Way for Justice to Grow”

Opening question: Have you ever been in great need (really needed advice or help) and –SURPRISE!—your need was met?

Listen for a word or phrase that catches your attention.

1. Why do the disciples know about the lunch of just one boy?

2. After the meal is done and cleaned up, the people think Jesus is a great prophet. So why did they follow him BEFORE lunch?

What do you feel that this Bible story is calling you to do?

Third week of October: “Making a Way for Future Generations”

Opening question: What do you value most?

Listen for a word or phrase that makes you feel adventurous or curious.

The kingdom of heaven is like treasure hidden in a field, which someone found and hid; then in his joy he goes and sells all that he has and buys that field.

Again, the kingdom of heaven is like a merchant in search of fine pearls; on finding one pearl of great value, he went and sold all that he had and bought it.

Again, the kingdom of heaven is like a net that was thrown into the sea and caught fish of every kind; when it was full, they drew it ashore, sat down, and put the good into baskets but threw out the bad.

*What word or phrase makes you feel adventurous or curious?

*What is God showing you about what you value and what to do with it?

Fourth week of October: “Making a Way for Whole-Hearted Generosity”

Opening question: What big party, celebration or special event have you attended?

Listen for a word or phrase that reaches out to you.

On the third day there was a wedding in Cana of Galilee, and the mother of Jesus was there. Jesus and his disciples had also been invited to the wedding. When the wine gave out, the mother of Jesus said to him, “They have no wine.” And Jesus said to her, “Woman, what concern is that to you and to me? My hour has not yet come.” His mother said to the servants, “Do whatever he tells you.” Now standing there were six stone water jars for the Jewish rites of purification, each holding twenty or thirty gallons. Jesus said to them, “Fill the jars with water.” And they filled them upto the brim. He said to them, “Now draw some out, and take it to the chief steward.” So they took it. When the steward tasted the water that had become wine, and did not know where it came from (though the servants who had drawn the water knew), the steward called the bridegroom and said to him, “Everyone serves the good wine first, and then the inferior wine after the guests have become drunk. But you have kept the good wine until now.” Jesus did this, the first of his signs, in Cana of Galilee, and revealed his glory; and his disciples believed in him.

Which word or phrase reaches out to you?

1. If you were a character in this story, what question would you ask?

2. Do you see any examples of generosity in this story?

3. What do you notice in the interaction of Jesus and his mother?