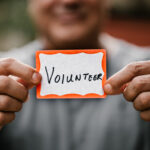 June 12, 9 AM Worship Join us on Sunday June 12 at our 9:00 am worship to honor and appreciate all of our faith formation teachers and leaders. These generous humans have graciously volunteered over the past year to teach children and adults more about faith and life together. We are so grateful for their […] 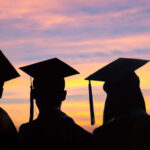 On June 5th, Pentecost Sunday, we will be blessing our high school graduates at the 9:00 am service. We hope that many will attend and help us to send these young adults on their way to college with a quilt and a prayer. Huge thanks to Janet Woodfield and all the quilters who made 12 […]

David McBride David grew up in Spokane, WA.  After earning a B.S. in Electrical Engineering at WSU, David relocated to Southern California to start his career.  David worked in the defense, semiconductor, and software industries, and also completed a MS in Engineering Management at Loyola Marymount U. in Los Angeles.In 2000, David married Pamela Altman, […] 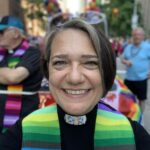 from the Evangelical Lutheran Church in America LINK HERE to download/View the 60-day resource We are saddened by the all-too-frequent occurrences of gun violence in this country. We mourn the loss of life. We grieve for the victims and their families, who often feel silenced. And we lament for those who have done violence to […] 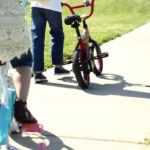 by Karie Stearns, Parish Administrator What says “summer” more than seeing kids on their bikes? My daily bike route growing up was to the nearby church parking lot and its later where I taught my younger brother to ride. Church parking lots and bike lessons go together for me like PB&J. Perhaps that is why […] 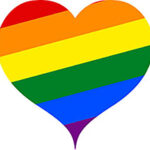 Sunday, June 26  We look forward to the return of the Seattle Pride Parade on Sunday, June 26, 2022! This will be its 48th year! Our Redeemer’s is signed up to walk with at least 24 other Lutheran congregations from around our synod to show God’s love and our support for all those among us […]

June 5, 9 AM Worship On June 5th, Pentecost Sunday, we will be blessing these ones as our high school graduates at the 9:00 service. Can you believe it?! We hope that many will attend and help us to send these young adults on their way to college with a quilt and a prayer. Huge […] 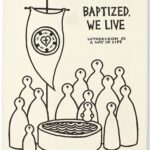 Adult Forum – Transitions as People of Faith June 5 & 12, 10 AM | Fellowship Hall How does our faith inform how we handle the transitions in our lives? The first two Sundays in June, Dana Wright and members of the adult forum team will lead us in discussion, and a new process during […]