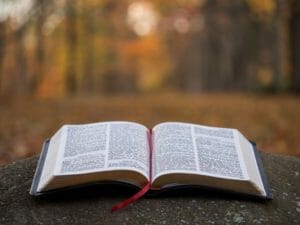 (Excerpted and adapted from the Basic Bible Atlas, available February 2020)

Every Wednesday, 10:30am via Zoom  Passcode: bible

Horror, shock, fear, confusion. We watch in utter disbelief as powerful ancient Near Eastern empires invade, decimate, defeat, and then deport God chosen people from the promised land. (See 2nd Kings 24) The plan of salvation appears to have run off the geographic rails. It is an unthinkable turn of events that raises serious questions about the Lord and injects grave uncertainty into the plan of salvation.

Why is this geography so troubling?  First, God’s chosen people are harder to find.  In this case, God’s people of the past were split up and scattered across the landscape of the ancient world. Given the fact that our eternal destiny is intimately linked to this nation, it is extremely disconcerting that they are so difficult to find.

Second, the exile is so disturbing because it reverses the geographical flow of the salvation story. This is a story that began in Mesopotamia as Abram and Sarai traveled from Ur and Harran to Shechem in the heart of the promised land.  Here the Lord promised Abram that he would develop into a great nation. That nation would be given the land of Canaan. Then from that nation, on that land, the Lord would provide a Redeemer who would restore the blessing lost in the garden of Eden (Gen 12:1–8). To be sure, the story moved to Egypt for a time.  But once it returned, there is no indication it would leave Canaan again (Deut. 17:16).  That makes the exile to Mesopotamia a stunning development. Unthinkably, the story of salvation is no longer flowing forward but backward.

And this raises serious questions. How would the Lord redeem the world without Israel’s presence in the promised land? Is this geographic reversal an indication that the Lord has given up on the plan altogether? What does it say about the Lord and his promises that the story has moved so far from the promised land?

It is no wonder that the voices we hear from exile are steeped in grief and uncertainty.  The very musical instruments that fueled celebration at home and accompanied worship in Jerusalem had gone silent. “By the rivers of Babylon, we sat and wept when we remembered Zion. There on the poplars we hung our harps, for there our captors asked us for songs, our tormentors demanded songs of joy; they said, ‘Sing us one of the songs of Zion!’ How can we sing the songs of the Lord while in a foreign land?” (Ps 137:1–4 NIV).

We feel what the psalmist did.  At no point in the story of salvation has our eternity appeared to hang by a slenderer thread.

Please join us for this study of the Exile. Contact Carolyn Swanson at cdkswan@comcast.net. Or call 206-390-7732.