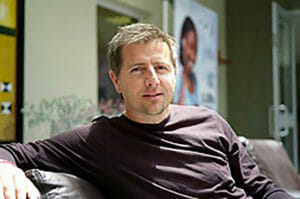 During October we listen to audio of classes Rev. Storey taught at Holden Village in 2017. The one exception will be October 11, when he will live stream a discussion with us from Cape Town, South Africa after worship.

Rev. Storey actively worked with his congregation to end apartheid, and continues to bring biblical wisdom, eloquence, passion, and boots on the ground to Jesus’ call for peace and justice.

October 4: 9:30am
In the Silence AND the Earthquake

“The land doesn’t lie. Unjust policies, exploitative policies – the creation carries the consequences of our corruption. The earth exposes our abuse. Climate chaos today reminds us that we are one. The climate doesn’t care what country you come from, what flag you fly, what anthem you sing. It doesn’t respect your religion, your language, your class, your denomination. We are one. Thus declares the earth. Our greed will kill us. To live without limits is to die.”

October 11: Noon (after worship)
LIVESTREAMED CONVERSATION WITH REV. STOREY
Insights and connections between our current national situations, his own experience under apartheid, and scripture’s call to us as God’s people.

October 18: 9:30am
Conversation and Confrontation, Plus Contemplation

What did Jesus protest? What kept him and us going?

“If we are going to be faithful to this moment, we need to remember we are beloved and known. Everything we are fighting for out there we are complicit with within, but we are still beloved. The person we are resisting out there is also beloved. We need to resist in a way that affirms their baptism and lives out ours.”

Alan is an ordained minister of the Methodist Church of Southern Africa. He is a Gospel storyteller located in Cape Town serving Central Methodist Mission. He was the last conscientious objector brought to trial in Apartheid South Africa for refusing military conscription.  Alan specializes in facilitating Diversity Engagement Encounters. These encounters expose entrenched dynamics of power, privilege and prejudice, and attempt to heal the divisions that still divide us.

Those who attended Wednesday Bible study and used Dan Erlander’s Manna & Mercy: A Brief History of God’s Unfolding Promise to Mend the Entire Universe, will remember Alan as the leader of the video guide.

Alan’s commitment to the peacemaking Jesus was tested early in his life when he faced conscription into the apartheid regime’s military. After spending a year of discernment working as a laborer in Australia, he returned to South Africa, declaring he would never fight in the apartheid army – or any army. He was arrested and faced trial with a six-year prison sentence as the likely outcome. Alan’s trial was abandoned midway, and he became the last conscientious objector to be tried in apartheid South Africa.

During his theological training at Rhodes University, he was involved in the Gun Free South Africa Campaign that was launched at the time of transition to democracy, and is currently chairperson of Gun Free SA.  After University, Alan was sent to Welkom, which is known as a conservative mining town that lies in the very center of South Africa. It was here that Alan started the Banna Ba Modimo home for destitute children and the Banna Ba Modimo Clinic for people who are homeless. Alan received Rotary’s Paul Harris award as a result of this work.

Alan was ordained in 1996 and sent to a small exclusively white congregation in Midrand. He built a new church that embodied a rich diversity of peoples and that engaged deeply with dwellers in the Ivory Park informal settlement (shanty town) in the area. Alan himself lived in one of these settlements for two years to identify more deeply with the people there. Calvary over the years has been instrumental in the establishment of 5 pre-schools and 1 Adult Education Center in Ivory Park.

Alan has spearheaded the transformation of the Stipend Policy within the Methodist Church of Southern Africa over the past number of years, calling the Church to take seriously the Gospel imperatives of economic justice.  He is also a founding member of Sacred Worth which is an organization working for the full inclusion of GLBIT people within the Church.

Alan specializes in facilitating Diversity Engagement Encounters, both within the Church and within other business and education institutions – healing the divisions that still divide us.  Alan has served the Transnet Foundation as a Board member.  He teaches widely throughout Southern Africa and abroad (including the Sudan and USA).  Alan has an Honours Degree in Theology and a Masters in Philosophy (Applied Ethics in Economics).